Officers and Board Members

The American Association of Teachers of Korean was founded in 1994 for all levels of teachers of the Korean language, culture, and literature in the United States of America. Its mission is to enhance and promote an interest in the teaching and learning of the Korean language, culture and literature; to carry out research in second language acquisition, applied linguistics, language pedagogy, as well as in the teaching of culture and literature, and to provide a forum for presenting research findings.

The activities of the American Association of Teachers of Korean, which is commonly referred to as “AATK,” include but are not limited to the following:

(a) Host annual workshops for professional development and conferences for the exchange of ideas, information, experience, and research results and findings,
(b) Encourage the development and demonstration of instructional materials, teaching methods, and curricula,
(c) Publish a journal, proceedings, and newsletters,
(d) Voice the Association’s concerns related to Korean language education in the United States, and
(e) Raise funds to carry out the Association’s activities.

A message from Dr. Joowon Suh

Warmest greetings to everyone! Hope you all had a wonderful academic year and are getting ready for the summer!

I would first like to express my deepest gratitude to the AATK Executive Board and general members for allowing me an opportunity to serve as the 9th President of the AATK. It is truly a great honor and privilege! On behalf of the new Officers (2018-2021), I am sincerely thankful for this great opportunity to serve for such dynamic and energetic membership at this juncture of our expanding academic and professional field.

Let us continue to celebrate and appreciate the constant and consistent growth in both student enrollments and teaching positions in higher education in North America. According to the most recent report on foreign language enrollment in US higher education published by the Modern Language Association (https://www.mla.org/content/download/83540/2197676/2016-Enrollments-Short-Report.pdf), Korean student enrollments show the highest increase of 95% from 2006 to 2016, whereas almost all the other foreign languages experienced decreases. According to the report, it is Korean, with a 53,500% increase, that has the highest percentage change among the all language course enrollments for the 58-year span between 1958 and 2016. In addition to such explosive increased enrollments, the number of the teaching positions advertised on the AATK website marked almost 70 over the past two-year period. Indeed, we have collectively grown as a field!

Noting such remarkable growth of the field of Korean language education, I welcome everyone to the 24th AATK Annual Meeting at the University of Minnesota Twin Cities. Following the great success at the University of Toronto last year, the first-ever AATK meeting held in Canada, outside the US, this year thus far, more than 160 people have registered to participate in the 2019 meeting. I have no doubt that we will continue our meaningful intellectual exchanges and accomplish another success in our annual professional and academic gathering this year.

I am particularly excited about this year’s conference theme, “Diverging Korean Language Across Boundaries: Aspirations, Challenges, and Implications,” as we first recognize and appreciate the diversity of Korean languages, including dialects, 북한어, 연변어, 고려어as well as emerging localized, hybridized, and/or generational variety of Korean. The conference aims to critically engage with issues of global vs. local, and peripheries vs. center found in Korean language education, which can, directly or indirectly, impact our research and teaching practices. I strongly believe that this year’s theme not only deals with intellectually crucial aspects of the Korean language that all Korean language educators should actively engage in but also opens up and extends timely conversations related to two Koreas. In order to highlight these rather daring and challenging sociolinguistic and sociocultural issues, we have invited Dr. Jeongbok Lee, Professor of Department of Korean Language and Literature at Daegu University, as the keynote speaker. His talk is titled “언어 정책 및 교육 관점에서 본 한국어의 변이와 변화.” Dr. Ross King, Professor of Korean and Head of Department in the Department of Asian Studies at the University of British Columbia, gives us plenary address, titled “Another ‘Failed Collateral Language’? The Beginnings of ‘Soviet’ Korean in the Russian Far East, 1922-1937.” For the first time this year, one of the plenary addresses is organized in the form of a plenary panel moderated by Dr. Young-mee Yu Cho at Rutgers University. The panel, entitled as “South and North Korean Languages in the Era of Coexistence 공존의 시대, 한국어와 북한어(조선어),” includes four presentations: “북한 언어 정책의 역사와 방향” (Sanghyeok Lee, Hansung University); “북한어의 규범과 남북 언어의 차이” (Tae-rin Cho, Yonsei University); “미국내 한국어 교육 과정에 북한어(조선어)를 어떻게 포함시킬 것인가” (Hangtae Cho, Univ. of Minnesota); and “미국방외국어대학에서의 북한어(조선어) 교육” (Loraine Kang, DLI). Despite this year’s seemingly unique and possibly complex theme, a total of 69 abstracts and proposals out of 115 submissions were accepted, recording the acceptance rate at 60%. In recent years, the acceptance rates to the annual meetings have remained competitive at 50-60%, thanks to active participation and engagement of all continuing and new members and participants of the AATK.

This year’s workshops and conferences owe greatly to Dr. Hangtae Cho, the Local Chair, and Dr. Bumyong Choi, the Program Chair, who have put incredible amount work and energy into making this meeting succeed. Particularly, Dr. Choi has executed impossible double duties as the Program Chair and the AATK Treasurer, who oversees never-ending details of planning, budgeting, and managing all financial aspects of the organization. Please join us in thanking them for their invaluable services to the AATK. Dr. Mee-Jeong Park, the AATK Executive Secretary, and Dr. Kyung-Eun Yoon, the AATK Webmaster & Newsletter Editor, also deserve our special appreciations for their due diligence and commitment to maintain all aspects of conference planning and organizational business of the AATK. I also would like to thank the Executive Board, particularly the three departing members, Dr. Angela Lee-Smith, Dr. Byung-Joon Lim, and Dr.

Chanyoung Park, for their dedicated services for the organization and its membership. On behalf of all AATK members, I want to express my sincere gratitude to the Korea Foundation for its generous funds, which have made our annual meetings financially possible and stable over the years. I specially thank Director Hyeon Seon Choi for her genuine interest in and continuous support for the future of the AATK. I also want to thank the University of Minnesota for the generous financial support. Without Dr. Hangtae Cho’s effort to secure the funds, this year’s meeting would not have been possible. Our very special thanks go to Professor Emeritus Ho-min Sohn at the Korean Language Education & Research Center (KLEAR) for the generous contribution to the AATK. Since 2015, the KLEAR funds have arrived with the most heartfelt and encouraging letter written by Professor Sohn himself.

Starting with the new leadership, fund-raising efforts have enhanced for the past year with a couple of new sponsorships. Hanyang University in Seoul, Korea has pledged a generous sponsorship for our annual meetings to encourage more active and fruitful relationships between the AATK and the researchers in Korea. The Korean Language Foundation (미주 한국어재단), stationed in New York, has also started to provide financial support for our annual meetings in order to encourage more active interaction and collaboration between the AATK and K-12 Korean language educators. With all these new sponsorships, we expect to develop even more varied and beneficial programs for our annual meetings in the future. Such fund-raising endeavors will continue not only to secure our financial stability but also better accommodate rapidly growing and diversifying membership of the organization. I sincerely thank all our grantors, sponsors, and supporters.

Following the achievements in previous years, the three main AATK projects and activities have continued their successes: the Korean Language in America, the Korean Honor Society, and the Korean Special Interest Group at the American Council on the Teaching of Foreign Languages. The Korean Language in America, the official journal of the AATK, continues to flourish under the editorship of Dr. Hae-Young Kim. Since our last meeting in 2018, two volumes, 22.1 and 22.2, were published to include several informative, substantial, and stimulating research articles, forum pieces, and book reviews. The KLA is truly the intellectual core of the AATK. I strongly encourage all members to strive for more submissions to the future KLA volumes. The Korean Honor Society program continues to grow at high schools in various regions in the U.S. thanks to the selfless work of Dr. Meejeong Kim and Dr. Byung-jin Lim. The AATK representation at the ACTFL and collaboration with the ACTFL-KSIG in the field of foreign language education has become strengthened with the general support of the Korea Foundation. I thank the KSIG officers and encourage many more AATK members to actively participate in the 2019 ACTFL World Language Convention & Expo in Washington D.C. on November 22 through 24. Please refer to more detailed reports of these projects and activities in this newsletter.

The new AATK leadership, with the approval from the Executive Board last November, has launched a long-overdue project to completely overhaul and newly design the AATK website. Constructed almost a decade ago, the current AATK website is clearly functional but surely outdated to accommodate new technology and user profiles. Over the last nine months or so, the AATK Officers, led by Dr. Kyung-Eun Yoon, reviewed our needs, updated contents, and collected market information to locate a company for this project. We are now at the contract stage with a company in Korea, aiming to complete the project by the end of this year.

Lastly, I want to extend my congratulations to the Canadian Association of Teachers of Korean (CATK) for their successful inaugural conference in Toronto on March 15th and 16th. With a great honor, I was invited to give the keynote address and very happy to meet many Canadian teachers, researchers, and professionals there. The officers of the CATK are as follows (https://catk.ca):

The AATK has matured as a bona fide organization that represents Korean language educators in North America. Boosted by recent developments in the field, we should now envision to adjust ourselves in order to grow further, both quantitatively and qualitatively, to embrace diversifying group of members, to better position the Korean language education within the field of foreign language education, and to prepare ourselves for the future of the field. I urge you to join in these endeavors and to continue your interest in and support for the AATK.

Enjoy the 2019 AATK Annual Meeting at the University of Minnesota and hope to see you back next year in New York City for our 25th Anniversary Meeting! 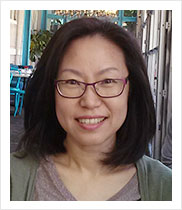 Members of the Executive Board
(3-year term) 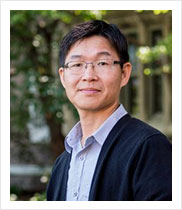 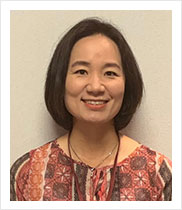 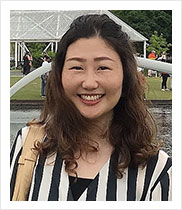 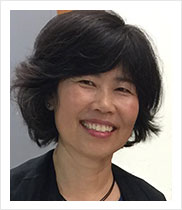 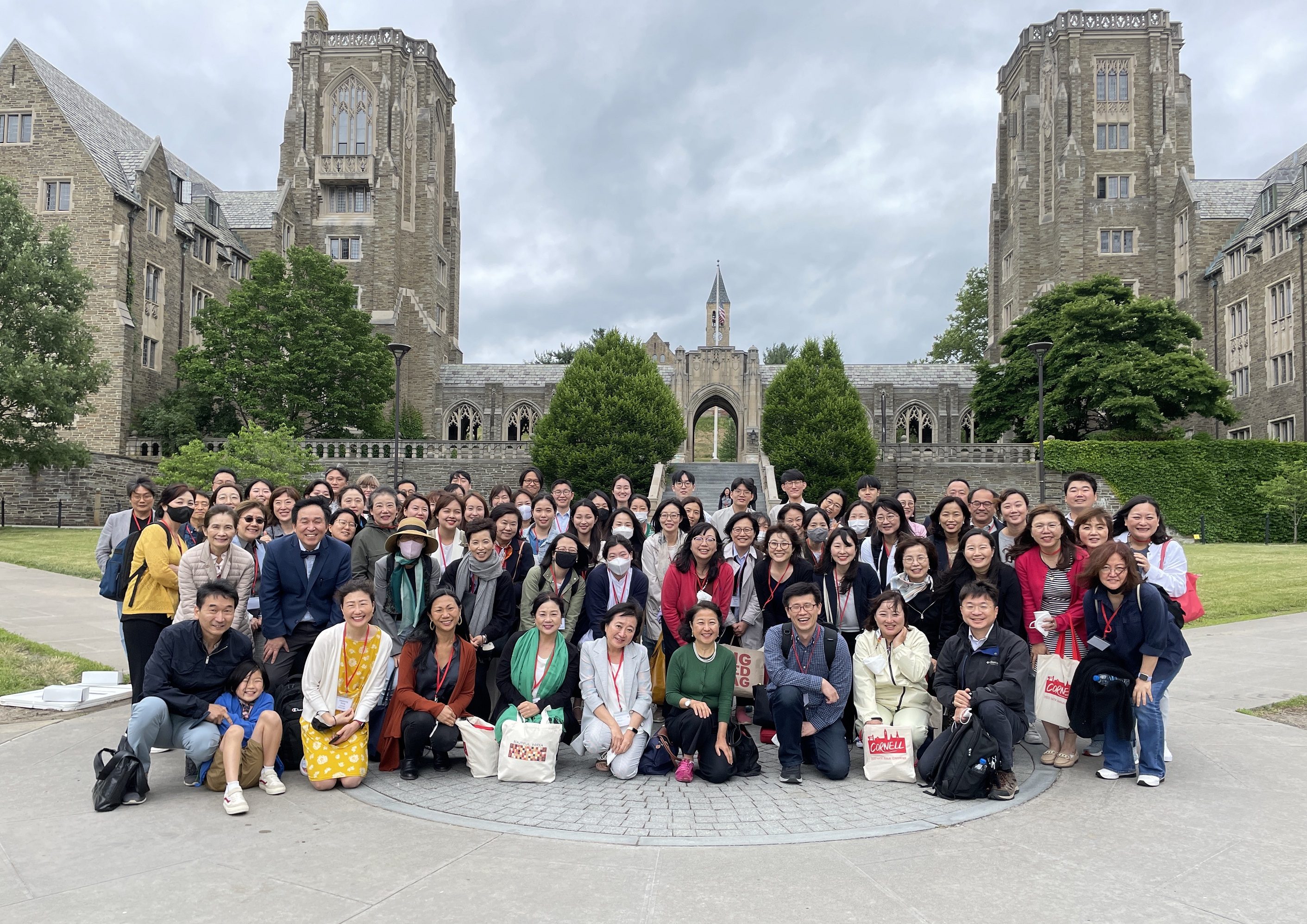